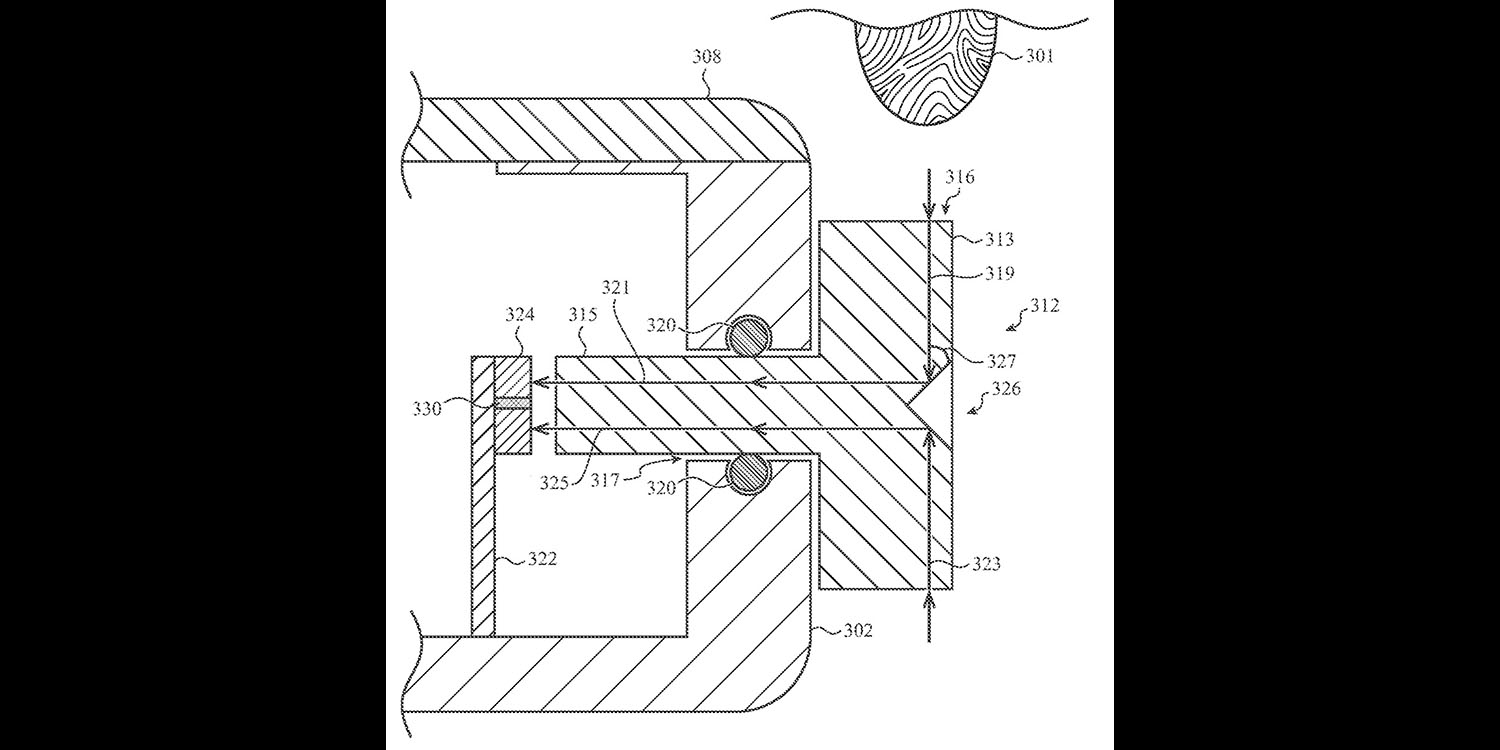 An Apple Watch with Touch ID sensor has been on the wishlists of many people for quite some time now. A new Apple patent application published today shows that Apple is at least considering the idea.

The patent is written in the usual broad and vague patent language.

It later gets a little more specific.

The features that are analyzed may include features of a user’s skin (e.g., fingerprints, hair follicles), or any other optically detectable feature, texture, surface irregularity, image, or the like, of any object. In this way, the device may be responsive to skin (e.g., the skin of a user’s finger or hand), a stylus, a gloved finger, or any other suitable object with optically detectable features. As used herein, analysis of an image by an image sensor and/or other components of an electronic device may refer to an analysis of a stored image (e.g., the stored multidimensional array, which may be a digital photograph or a video).

But the patent illustrations make clear the thinking here: that the Digital Crown could read a fingerprint and compare it to a stored image, aka act as a Touch ID sensor.

Currently, there are two ways to unlock an Apple Watch: enter a PIN on the touchscreen, or unlock your iPhone, which also unlocks the paired Watch. An Apple Watch with Touch ID would be more convenient than either.

There have also been suggestions that Apple plans to return to Touch ID in future notch-less iPhones, either with a sensor embedded beneath the display or on the power button.