Use the steps below to remove your band.

When you remove the Milanese Loop 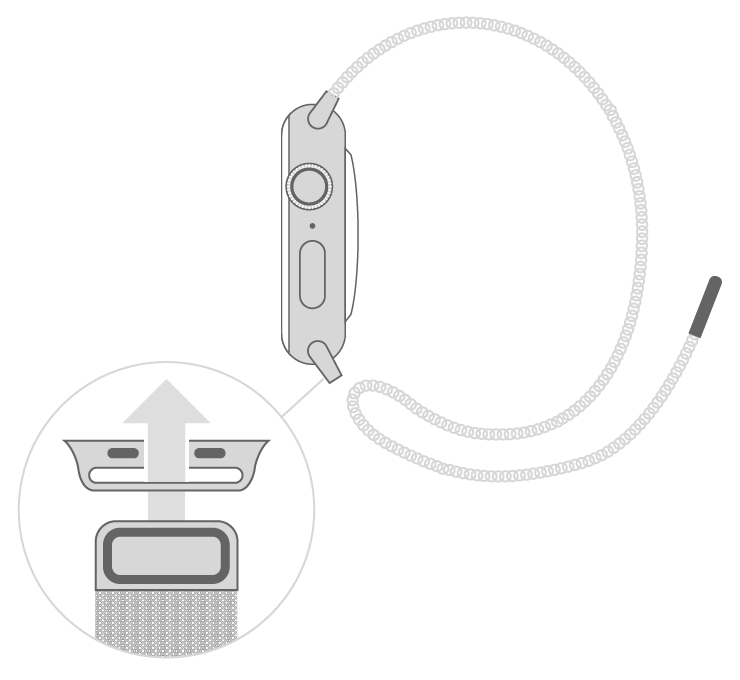 Never force the band into the slot. If you don't feel or hear a click, slide the band to the left, then to the right. If the band is installed properly, it won’t freely slide until you hold down the band release button. If the band still doesn’t lock, center the band, and push it into place. Then carefully wiggle the band up and down. Don't wear your Apple Watch if the band is sliding.

Any additional questions an be sent to customer care at info@shopbananawatchbands.com